(Amazon.co.uk will be hereafter referred to as Amazon and does in no way refer to Amazon.com, which I have had no experience of)

This all started when I placed an order for two addition dash cams with associated memory chips. The order was placed on Sunday 1st December of this year. Delivery was to be the following day

This all started with this order. It is a catalogue of lies and deceipt

Suffice to say, the dash cams did not arrive

First they said that there was a delay in despatch 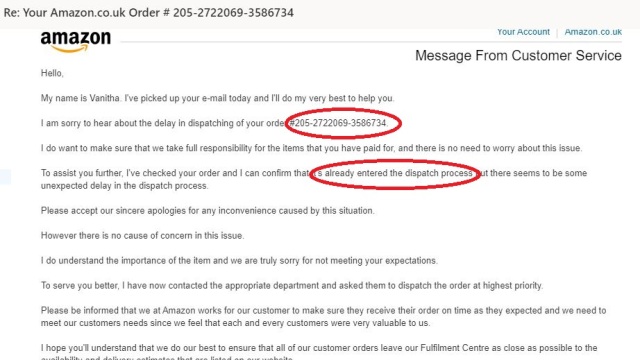 then they said the item was out of stock 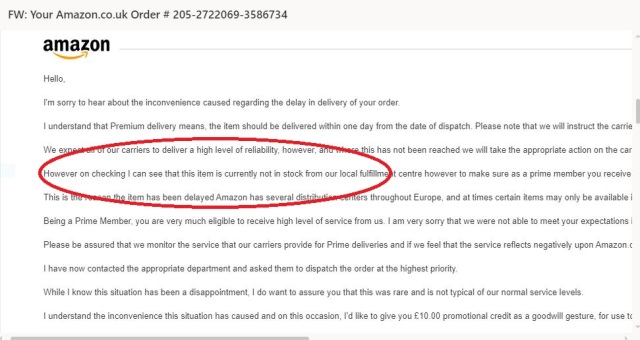 and after a lot of waffling emails, someone finally admitted the truth

I did finally get the dash cams

But it did not end there; I demanded compensation 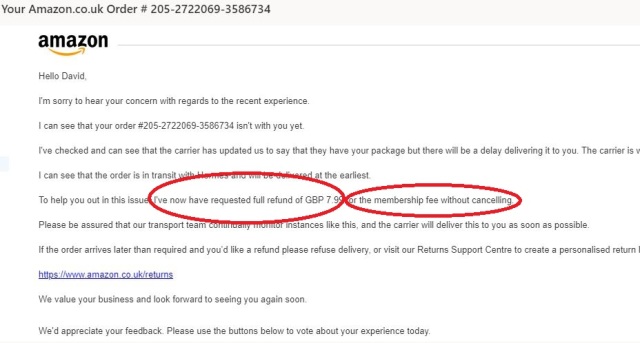 But, on the new transactions, after the statement was issued, that refund had been reversed.

I sent a damning email, sniped the screen and then went to bed.

By the following morning, the charge has mysteriously vanished

I then complained and here come the excuses

First, that they could not find the £7.99 charge

Then they finally confirmed the charge 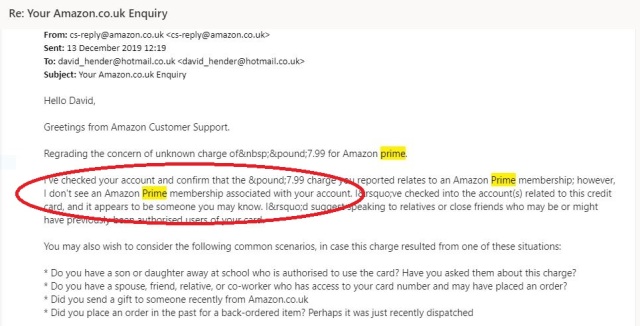 But here is the proof that I have Prime membership

So, in summary, this is what they have done

Amazon does two things, from my experience

AMAZON HAVE COMMITTED FRAUD. THERE ARE NO TWO WAYS ABOUT IT.

If you want to know me, you first need to understand where I have been and where I am going View more posts